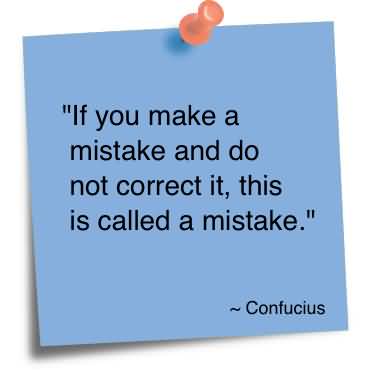 In my piece responding to VerySmartBrothers’ article on Black males, “Straight Black Men Are the Scapegoats of Black People: VSB’s Black Eugenics Renaissance and the Pandering to Make Attention Outweigh Death,” I posted some data that requires some correction. In it, when citing information on Intimate Partner Homicide (IPH), I posted the following:

“To clarify this myth, out of approximately 23.5 million Black females in America (and 21.5 million Black males), the following illustrates the numbers killed according to the Office of Statistics and Programming, National Center for Injury Prevention and Control, CDC (National Violent Death Reporting System (NVDRS).

As you can see in the title, I listed items from “homicide” to “intentional neglect.” When referencing IPH, I should’ve chosen “Homicide…All Mechanisms.” Consequently, I included men and women who’d been shot, cut, hit, poisoned, suffocated, burned, hit by a vehicle, neglected, or “other” but may not have necessarily been killed. Also, “all mechanisms” allows for other ways people may be killed that isn’t explicitly listed. That said, the numbers were inflated, despite that they were already minuscule when compared to the total population of Black America. Below, I’ve updated the numbers while adding an additional year of information:

As you can see, when making this adjustment, the number of Black women victimized by IPH goes down even further, reiterating my main argument that Black women are NOT being killed “en masse” by Black men. When you calculate the ratio of women killed to men, white men kill their women at a 2:1 ratio, while intimate partner homicide in the Black community is statistically even at roughly 1:1. That means that 1) Black IPH is bi-directional and 2) Black men are actually less murderous than other groups of men. This, of course, assumes that men and women also kill partners in their own gender (gay/bi relationships). When I apply their ratio to our numbers, it shows what they would look like if we had their average. In other words, if we had their ratio, in 2015, only 41 brothers would’ve died if there were 98 sisters killed. Inversely, if we had their average and 78 Black men were killed, then 179 Black women would’ve had to die to match value. Translation=we’re not only NOT murderers, we’re not even killing our women at the rates white men are. And Black women kill Black men much more than white women kill white men. What does that mean? It means that Black men are killed at greater rates than white men and Black women are actually killed less than white women by intimate partners. As a colleague told me, you’re more likely to die in a flood or be struck by lightning than to be killed by an intimate partner.*** (Except for 2007 and 2008, where the ratio of homicides are close to equal between white and Black communities. Likely due to the Great Recession, fewer white women died while slightly more Black women were killed, while equal numbers of Black and white men killed).

Yet this can be explained when we examine the ecology of the environment we most live in. Drugs, alcohol, poverty, poor educational opportunities, hyper-policing, incarceration, and unemployment alone create an environment of increased tension and strife. Still, when measured against the size of the community or in contrast to the white community, Black IPH is not an “en masse” issue where IPH is the second leading cause of death for Black women as reported on the Breakfast Club by Jamilah Lemieux and Amber Phillips in 2016. As you’ll see below, that metric is filled by malignant neoplasms.

On the topic of Black male privilege, when assessing the top 10 causes of death I posted the other day I recognized a change they made. Between the older and newer reports, the new ones eliminate 20 years of data. In earlier reports, they extend the age to 85+, but in the newer reports they only go to 65+. At 75, heart disease takes over for malignant neoplasms as the top cause of death for both genders, marking the first time Black women die more that Black men. What does this mean? In the older reports, Black men die at greater rates than Black women from in the womb until age 74. The newer ones show more Black women dying at 65+. This means they’ve truncated some 20+ years of data in the new reports. That said, the evidence suggests that the dynamic of the earlier reports is still the same in that Black men die to exhaustion until 74 when Black women overtake them due to conditions that are mostly age and health-related.

Since I have you here, here’s some updated data on the top 10 causes of death I also posted in the essay. Now covering a span of 17 years, what conclusions can we draw? 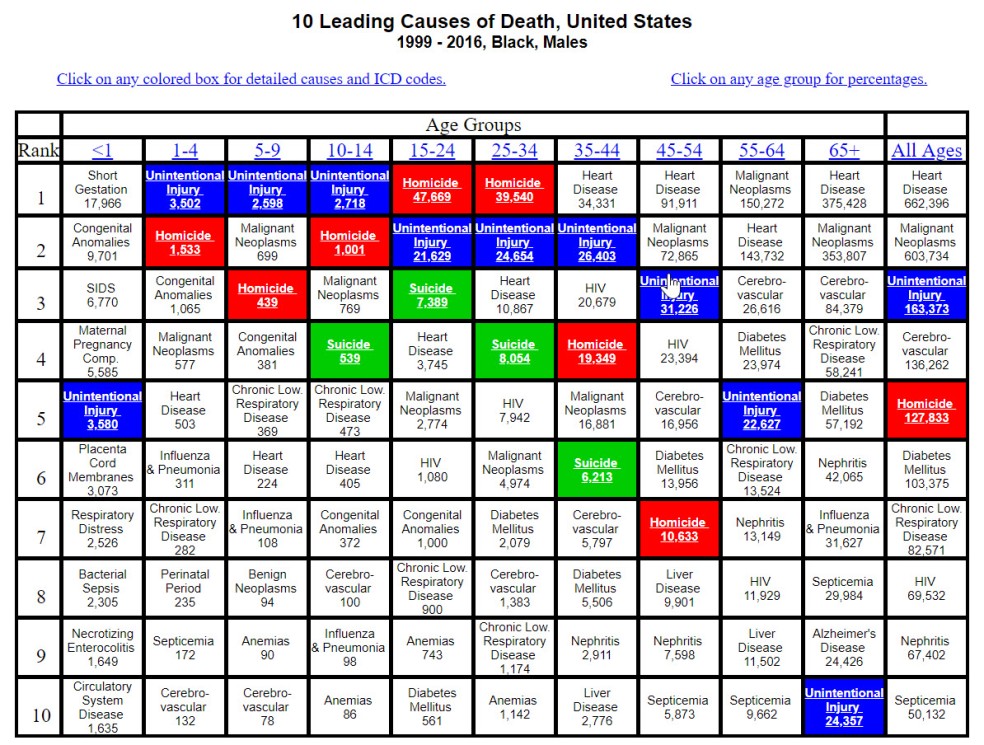 * Notice how the numbers increase as we near the Great Recession of 2007-8, then the numbers drop again to almost 2003 numbers? As the numbers go up again, what might this signal about impending economic issues?
**Dashes in the chart mean there was too little data to report.
***See “Lightning” on Wikipedia (“According to the NOAA, over the last 20 years, the United States averaged 51 annual lightning strike fatalities, placing it in the second position, just behind floods for deadly weather. In the US, between 9% and 10% of those struck die,[11] for an average of 40 to 50 deaths per year (28 in 2008).”)

PSS – Special thanks to Arham Jabir Hashim for inspiring this correction.

One thought on ““Correcting a Previous Blogpost…” by T. Hasan Johnson, Ph.D.”